Where the Universe Sings

The Spiritual Journey of Lawren Harris 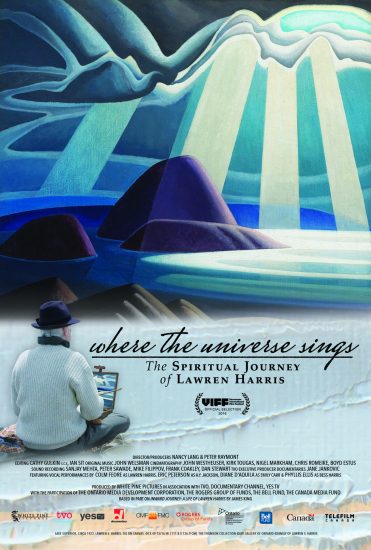 Harris’ relentless curiosity and restless nature led to a life of constant exploration and reinvention. After training in Berlin, Harris returned home, insisting that Canada find its own artistic voice. He traveled from Newfoundland outports to the Rockies and the Arctic, often with other members of the Group, creating a stunning record of Canada’s landscape.

Though Harris’ artistic journey was astonishing, his private life was not always easy. Born into a life of privilege and wealth, tragedy struck with the early death of his father and the loss of his only brother in World War I. After suffering a nervous breakdown in 1918, he turned to theosophy in search of answers. A divorce and subsequent shunning when he married his second wife led to a sudden departure to the United States. For a time, Harris stopped painting altogether. When he did pick up his brush again in New Hampshire and New Mexico, he turned to abstraction. The Second World War led to his return to Canada, though he never painted its landscape again

White Pine Pictures has been generously offered the right to incorporate Lawren Harris’ paintings in this film by Stewart Sheppard, Lawren Harris’ grandson and executor of his estate.

Where the Universe Sings will be produced in collaboration with The Art Gallery of Ontario.